Exclusive: Pundit claims Hector Bellerin won’t get into another Premier League side | thisisfutbol.com

Exclusive: Pundit claims Hector Bellerin won’t get into another Premier League side

In an exclusive interview with This Is Futbol, Steve Howey, who made 270 appearances during his career, has claimed that wantaway Arsenal defender Hector Bellerin will not get a move to another Premier League club.

It has been reported that Bellerin, who is not a regular under Mikel Arteta, wants to leave Arsenal, after discussing leaving the Gunners last summer, before Arteta convinced him to stay for one more season. 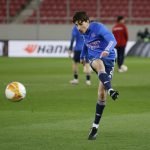 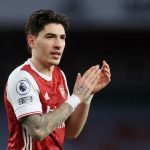 Bellerin has been with the club since 201 when he left Barcelona’s youth side to join Arsenal’s under 18s and has made 235 appearances for the Gunners, as well as captaining the side on several occasions.

Speaking on why Bellerin won’t be getting into any other Premier League side and how his next move will be abroad, Howey told This Is Futbol:

“There’s been talk about him leaving for a while now as well. At a club, you’re not going to keep everybody happy because not everybody can play.

“If he’s not prepared to bide his time and knuckle down to get back in the squad, then that’s what he wants. I don’t think he’d go to a Premier League club, I think it will be abroad somewhere.”

The £110,000-per-week defender has had a number of injury problems over the last few years which has seen his minutes become restricted, thus causing more frustration.

The arrival of Cedric Soares from Southampton last season has also forced Bellerin more out of the first-team picture this campaign.