Former Premier League midfielder Lee Hendrie has highlighted Arsenal’s persistence to play out from defence under Mikel Arteta as a tactical flaw.

Arteta’s side have been criticised this season for refusing to clear their lines despite being put under pressure, while the Spanish manager himself has been critical of the mistakes made at times.

The Gunners are currently 10th in the Premier League in the Spaniard’s first full season at the helm having been appointed in December 2019, following a spell as deputy to Pep Guardiola at Manchester City.

Arteta, a former Arsenal midfielder during his playing career, has struggled to implement the passing style he would like at the Emirates, with his defenders getting caught out on numerous occasions.

This week Hendrie, who played 251 times in the top-flight, has told Football FanCast that the refusal to alter their style could continue to cost the side:

“I’ve watched Arsenal quite a bit this season and they really do take risks in that sort of 18-yard box. We’ve seen so many times where they just had so many comical errors, you know, silly goals that they give away playing on the edge of the six-yard box.”

Despite the perceived high-profile failings, Arsenal sit relatively respectfully placed in the errors leading to goal category in this season’s Premier League, with just four across the entire campaign.

That said, there are undoubtedly frailties at the back when trying to pass their way out of trouble that would lead to the belief a different approach could be beneficial.

Should Arsenal continue to play out from the back? 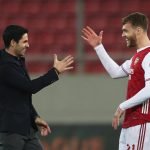 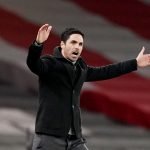 Seemingly steadfast on the desire to play a certain style, Arteta could look to add defenders capable of playing in the method required over the summer.