Jermaine Jenas has been speaking on the latest edition of Match of the Day 2 about Sunday’s Premier League games, and spent some time on was West Bromwich Albion’s 2-2 draw with Aston Villa.

One of the players that Jenas picked out for praise was Matheus Pereira, who scored a penalty to continue his fine run of recent form.

In the last four league games, the former Sporting Lisbon man has scored four goals and provided two assists, and Jenas was full of praise for Pereira in this match.

He said: “He’s been a top player for them.

“He had a slow start in the Premier League – I think that’s been a big part of the reason why West Brom all of a sudden look like they can score goals.

“He’s just silky. When he’s on it, he’s just got that lovely left-foot, [tucked] his penalty away, the delivery into the box for set-pieces was brilliant, and he wanted to showcase his skills.

“I think time and time again in a West Brom shirt, at the minute, he seems to be their go-to man when they are under pressure.

“Top display, and if they’ve got any hope, which I don’t think they have after today, he’s the man that’s going to get them there.”

Can Pereira keep West Brom up?

No, he's good but he isn't that good 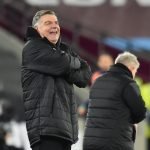 This is the 24-year-old’s first season in the Premier League and has scored nine goals, providing a further five assists.

He has been a shining light for the Baggies in a tough season, and it will be interesting to see what happens to him in the summer should West Brom go down.

Sam Allardyce’s side are now nine points from safety with five games to go, so it is looking pretty bleak for them, but we agree with Jenas that if West Brom are to get out of it, Pereira will be the man they need.