Former footballer Dean Ashton has featured on the latest episode of the EFL on Quest show to analyse the action from the lower leagues, where he delivered a claim on Swansea City&#8217;s Andre Ayew.

The ex-striker discussed the latest injury news regarding Ayew, with the Ghanaian striker suffering a hamstring injury in their 2-2 draw with Wycombe Wanderers on Saturday afternoon.

Will Swansea gain promotion this season? 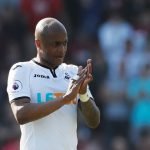 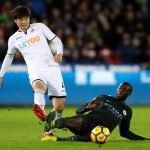 Ayew has played a huge role in Swansea’s success this season with the 31-year-old scoring 15 goals in the Championship in his 41 appearances this season (via Transfermarkt).

However, it is reported the Swans are expecting to be without their top scorer for their clash against Queens Park Rangers on Tuesday evening.

Speaking on the matter, Ashton discussed how big of a miss the Ghanian could be for the Swans if he is out for a long period of time.

He said: “He’s such an influential player for them in the role that he plays just off the front and looks like it could be a slight hamstring tweak.

“You’re always worried about what grade that’s going to be and how long he could be out, certainly you’re looking at 10 days probably at the very least, and that would be a real blow with the run-in coming in.

“But Swansea again, [are] just a team that, you know, it’s not like they’ve been free-flowing in terms of goals all season but defensively, they haven’t been able to keep the standards up that they set.”

Swansea will be hoping this latest injury concern for Ayew will not keep the Ghanaian out for too long, however, they will be aware that there is still a six-point gap to Watford with only four games remaining of the 2020/21 Championship campaign.

Ayew has played a large role in Swansea’s season, with some huge winning goals from the penalty spot. However, with just four games remaining, it is a tough ask for the Swans to catch and overtake Watford, which means they will be hoping he can return in time for the Championship play-offs.

In other news: ‘Will be a priority’ – Journalist drops big Norwich City claim