Steve Bull doesn’t believe John Terry is the right choice for the vacant Sheffield United managerial job and that he should stay with Dean Smith at Aston Villa for the time being.

The Blades are still on the hunt for Chris Wilder’s successor after the Bramall Lane favourite left the club in the middle of March.

Former Chelsea and England captain, Terry has been linked with leaving his current coaching role at Villa Park and making his first step into management with Sheffield United.

However, Bull, who made 561 appearances during his iconic Molineux career, has told Football FanCast now isn&#8217;t the opportune moment for the 40-year-old to take the plunge:

“It’s too soon for him I think because he needs at least another year at Villa. Frank Lampard tried to do it at Chelsea and it didn’t end up working out for him.

“I’d wait a bit longer at Villa and learn some more from Dean Smith and then see where he goes from there.”

Terry enjoyed a stellar playing career amongst the games elite and has been learning his trade under Smith since October 2018, helping mastermind a promotion to the Premier League.

Villa centre-back Tyrone Mings spoke openly about the impact the retired centre-back has had on his performances, describing the coach as a ‘really good mentor’.

Capped 78 times by England, Terry would enter into any job with a wealth of experience and will look eventually towards former teammates such as Wayne Rooney, Frank Lampard and Steven Gerrard – all of whom have already made their first steps into management with varying degrees of success.

Would John Terry be a wise appointment? 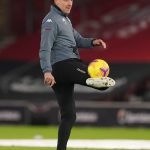 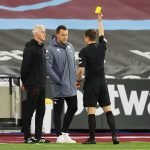