This comes after Clapson made an appearance on a recent episode of Forest-themed podcast Garibaldi Red where she spoke about a variety of topics concerning Chris Hughton’s side.

During the podcast, Clapson was asked whether or not she thought Forest should consider trying to sign Burke back to the club during the upcoming summer transfer window, with Burke’s current side set to find themselves in the second tier next term.

In response, Clapson had this to say about the player.

She said: “I feel really sorry for Oliver Burke, it’s just not happened for him since he left Forest. He’s had a really tough few years and he’s tried a few different moves and they’ve not really come off to the extent that he would have liked, I’m sure.

“I think he’s still a really talented player. I think it’s his confidence as much as anything, because he’s been moved around these last few years, and he’s not really been able to show what he’s about, his confidence is bound to have taken a bit of a hit. I think he’s a good player, I don’t think I would bring him back to Forest.

“What I would say is, I think Forest let him go too soon. If he’d have stayed at The City Ground for a few years, instead of leaving when he did, I think we’d have seen better from him, but, again, that’s looking at hindsight and you can’t change the past.

“I don’t think I would bring him back now; I think I would perhaps look elsewhere. Somebody like what he could offer would be perfect, somebody like him when he showed what he did when he was first at Forest, that’s the kind of player that you’re looking at.

“I hope he does go and find his best form, Oliver Burke, because I think he’s got potential.”

As a product of Forest’s youth academy, Burke made his senior debut for the club back in 2014 then went on to make 31 appearances for Forest in which he scored six goals before being sold to German club RB Leipzig in 2016 where he spent a year then was sold to West Bromwich Albion (per Transfermarkt).

During his time as a West Brom player, the 24-year-old, who is currently valued at £4.5 million, had loan spells at Scottish side Celtic and Spanish side Alaves before signing to Sheffield United on a permanent basis last year.

Given how Burke has only managed to score one goal and provide one assist in the 21 Premier League appearances he’s made for Sheffield United so far this season and had a number of injury issues throughout the years, it’s easy to see why Clapson doesn’t think a move to bring the striker back to Forest would be a good piece of business from the club.

Would you like to see Oliver Burke return to Forest? 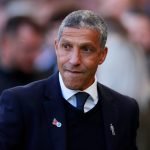 In other news: ‘The jury’s still out’ – Garry Birtles drops claim on NFFC star who ‘clearly has the ability’