Nottingham Forest journalist Sarah Clapson has been sharing her thoughts on Forest striker Glenn Murray and his future at the Midlands club.

This comes after Clapson made an appearance on a recent episode of Forest-themed podcast Garibaldi Red where she spoke about a number of topics concerning Chris Hughton’s side.

On the subject of Murray and his future at The City Ground, Clapson had this to say about the player.

She said: “I’m not sure I would offer Glenn Murray another deal now, I think earlier in the season when he came in, and he made a big impact initially, I thought, well why not, why not see if we can keep him on in some kind of capacity?

“But I think he’s still got something to offer, his fitness levels are good, but I’m not sure he’s what Forest need if they’re going to challenge for a place in the top six. I think I would rather use the money you would spend on his wages, to look elsewhere to bring in other players and to provide other attacking options.

“I think he can still offer somebody something, but for Forest, personally, I don’t think I would offer him a new deal.”

Forest signed Murray back in the previous January window on a free transfer from Premier League side Brighton & Hove Albion until the end of the season after he spent the first half of the campaign on loan at fellow Championship club Watford.

Since arriving at Forest, the 37-year-old, who is currently valued at £450k, has made 13 appearances for the club in the Championship. 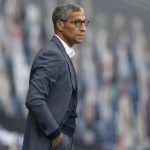 Given how Murray has only managed to score two goals during his time at Forest so far and only played a full 90 minutes on three occasions, perhaps it would indeed be wise for the club to not bother trying to make a new deal to keep the striker beyond the end of his current deal and instead look at replacing him or strengthening their squad in other areas, as Clapson suggested in the podcast.

That said, with no Forest forward particularly shining this season (no player has more than four league goals to their name), perhaps there is a chance someone else will be sacrificed instead of Murray – or that Murray becomes one of a number of attacking changes for Hughton’s men in the summer.

In other news: ‘The jury’s still out’ – Garry Birtles drops claim on NFFC star who ‘clearly has the ability’