Former Norwich City star Jon Newsome has told This Is Futbol that Max Aarons deserves to be linked with the best clubs in the world and doubts whether the club will be able to keep him for the coming 2021/22 season.

Norwich are currently well clear at the top of the Championship table and secured their return to the Premier League after their relegation in 2019/20 at the weekend.

Daniel Farke’s men have lost just five games all season, and remain well on course to not only be promoted, but to go up as champions, too.

Do you think this is the right time for Aarons to leave?

Yes, he has been here long enough now 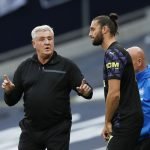 Aarons has been central to that form, making 41 appearances in the Championship at right-back, even scoring once and laying on four assists. Transfermarkt value him at £18m.

He has been linked with various clubs throughout his time at Norwich, from Tottenham Hotspur to Bayern Munich, and Newsome, who played for the Canaries between 1994 and 1996, believes that the biggest clubs in the world will want to sign the defender.

And he believes that Norwich may well let him go, as they are not the kind of club to stunt a player’s development in a desperate bid to keep them at the club.

He told TIF: “He’s going to be linked and he already has been with top clubs in Europe, top clubs in the world, really, so he’s another one that they are going to really, really struggle to keep hold of financially.

“And I also think as well, Norwich City is a really, really great club, I loved my time down there, such a family club, they still welcome me back 25-30 years later, a really lovely club.

“And I think the kind of club that wouldn’t want to stand in the way of players kicking on to another level. And that’s where I applaud them.”