Leeds United fans have been reacting to the performance of Tyler Roberts during their game against Liverpool.

Leeds don’t really have much to play for the rest of the season as they find themselves comfortably in the middle of the Premier League table, but that doesn’t mean they’re downing tools just yet, with the message being before the game that Leeds want to finish the season strong.

However, strong wasn’t exactly the best word to describe the performance of the Welshman, or at least if you asked the fans who were watching at home, who tore into his display at Elland Road. He had arguably one of Leeds’ best chances of the game, but his effort was comfortably saved by Allison in the Liverpool goal which didn’t help his cause:

“It wasn’t a strike saved. He passed it back to the goalie”

Would you like to see Leeds United sell Tyler Roberts? 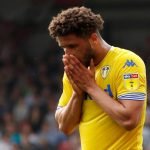 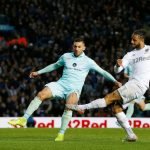 Still to get off the mark in terms of scoring in the Premier League this season, he’s running out of time if he wants to break that duck before the campaign comes to an end.