The 21-year-old has enjoyed a meteoric rise this season – his first in any top flight – and has been earning acclaim from numerous quarters for his solid displays.

It’s not just in this country whereby Meslier’s performances have been attracting attention, with French news outlet The National recently claiming Ligue 1 giants Paris Saint-Germain were lining up a swoop for the Elland Road shot-stopper.

Capped four times by his nations Under-20 side, the Lorient born starlet is a relative unknown to the international scene.

Palmer has suggested to Football FanCast that could all change however and has tipped the Leeds ace to challenge Hugo Lloris for the France number one shirt sooner rather than later.

He said: “If you’re playing in the Premier League and you’re playing well, as he’s doing, of course. It’s all about consistency, it’s all about keep performing and if you’re doing well for your club, then there’s every chance you’re going to play, get picked for the national team.

“Playing well for your club in the Premier League, there’s always going to be people who are looking to bring quality players into their football club. The key is always performing and  performing consistently well, and if you do that, at the highest level, then the rest follows, the rest follows, international honours follow, big moves follow.”

This season, Meslier has played 29 times in the Premier League for Leeds, earning an average Sofascore rating of 7.09/10 – slightly better than Lloris’ 6.92 in the same number of appearances.

Does Illan Meslier deserve a France call up? 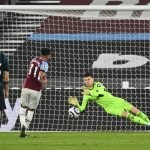 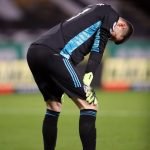 Whilst Meslier has suitably impressed this term, ousting Lloris, a French World Cup-winning captain, is no mean feat.

The most recent France squad contained four ‘keepers including the Tottenham man, Steve Mandanda (Marseille), Mike Maignan (Lille) and Alphonse Areola (Fulham) – the latter of whom Meslier may be confident of overcoming to get the nod for this summer’s European Championships.