Leeds United journalist Adam Pope has recently talked about Samuel Saiz and his time at the club.

Pope was asked about numerous things involving the Whites when he appeared on the latest episode of the OTB Football podcast. He was talking about whether any Leeds players don’t feel happy with Marcelo Bielsa’s methods or if anyone is failing to meet the demands.

This led to Pope talking about Saiz and his training under Bielsa. The journalist revealed that the ex-Leeds man was struggling and was a long way behind the others in getting himself up to Bielsa’s demands in training and otherwise.

Do you regret Saiz's Leeds exit? 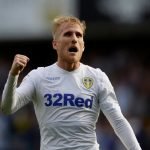 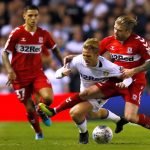 He has been previously described as a fans’ favourite, though while things started well for him under Bielsa, they tailed off later.

Pope talked about his exit and stated: “I remember particularly, Samu Saiz. If you remember him, he was infamous for the spitting incident prior to Bielsa at Newport.

“Lovely, talented player. So in pre-season, he was nowhere near the others. He was literally football pitches behind the others in the general warm-up. And I thought yeah, you’re going to struggle.”

Bielsa had previously described the Spaniard to be Leeds’ most ‘skilled’ player, which shows that the player was treated right. So if Saiz wasn’t training as hard as Bielsa wanted, perhaps he wasn’t meant to be the player that the Argentine wanted.

In other news: ‘You’ve ruined my day’ – Many Leeds fans left seething as ‘unbelievable’ news emerges