Sky Sports pundit Don Goodman has been speaking on the latest edition of Sky Sports’ EFL Podcast about news from the Championship, League One, and League Two, including a claim on Lee Bowyer’s start to life as Birmingham City manager.

This comes as he discussed the Championship relegation battle, and mentioned the job Bowyer has done at Birmingham.

The former Blues player only arrived at St. Andrew’s in March, but he has taken 13 points from a possible 18 to leave his side nine points clear of the relegation zone.

The latest win was a massive 1-0 victory away against Rotherham United, and Goodman thinks that Birmingham are safe and Bowyer deserves huge credit.

He said: “I mean, unbelievable. I think on the last podcast that I did, Lee Bowyer was announced as the manager, and I questioned his sanity, if you recall jumping out of the frying pan into the fire, but what a remarkable job he’s done.

“He’s a coach that I’ve always rated very, very highly; I like the way he goes about his business, but he’s gone in, and he needed to make an instant impact with Birmingham, and he certainly has; there’s no question.

“They may be safe even if they don’t get another point, and that’s the reality of the situation, and that’s credit to Lee Bowyer and credit to the players for picking up so many points so quickly off the back of what was a really poor run a form.”

Do you think Bowyer should be kept on for next season? 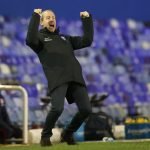 No, he needs to move on 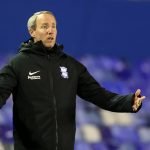 Bowyer led Charlton Athletic to promotion from League One in the 2018/19 season, but he couldn’t quite keep the Addicks in the Championship.

Therefore, you could say that taking the Birmingham job with the team in bad form could have been a risk, but he has done a fantastic job, and with just four games to go, the Blues look like they could be safe for another season.

Bowyer has a growing reputation as a coach, and we would be keen to see how he does next season if Birmingham stay up.