Former Aston Villa midfielder Lee Hendrie has warned his old side of the potential drawbacks that would come with selling club captain Jack Grealish.

The 25-year-old attacking midfielder has been sensational for the Villans this season, earning an England call-up as well as links with Premier League champions-elect, Manchester City.

Scoring seven goals and providing 12 assists in 23 appearances across all competitions, Grealish has rightly earned admiration from across the football spectrum – including from national team manager Gareth Southgate, who hailed the Birmingham-born star as ‘outstanding’.

Hendrie, a former favourite at Villa Park having made 293 outings for the club, has told Football FanCast of the negative ramifications selling Grealish in the next transfer window would have:

“Grealish, you know, I’ve got to sit on the fence with. I don’t know whether he’ll stay, but if you’re keeping players like that, you’re attracting bigger players. If you’re selling Jack Grealish, you’re not going to get the players you want in through the door.”

Should Aston Villa consider cashing in on Grealish? 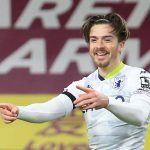 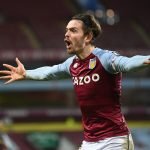 Valued at £54m (as per Transfermarkt), Grealish’s stock has never been higher, and if Villa were contemplating a sale, this summer could be the optimum moment.

However, having improved markedly on last season’s skin-of-the-teeth survival, Dean Smith’s side are still in with a shout of earning European qualification for next season – an improvement that, if it were maintained, could persuade players such as the 5-cap England man to stay at the club.

Ironically, Grealish’s recent injury has dented those hopes and could see the talented playmaker look to play elite football elsewhere further down the line.