Aston Villa favourite Lee Hendrie has claimed winger Trezeguet could save the club millions in the transfer market if he can add consistency to his game.

The 26-year-old Egyptian stole the show last weekend, coming off the bench to score twice and earn Villa all three points as Dean Smith’s side overcame Fulham 3-1.

That brace, Trezeguet’s first goals of the Premier League season, earned the former Anderlecht man a place in the starting XI for the trip to Anfield on Saturday.

Unfortunately, it ended in disaster for the 48-cap ace as he left the field visibly upset having picked up an injury eight minutes from full time.

Despite being described as ‘frustrating’ by fellow club legend Gabby Agbonlahor previously, Hendrie has told Football FanCast that Trezeguet could ultimately save the club a fortune in the long run:

“You need that consistency level if you’re going to play in the Premier League. You can’t be coming in and playing and being the hero three times a season, you need to be there on a regular occasion. And that’s the only thing I would say about Trezeguet.

“If he had that consistent run… he’s played a lot of games this season, but he hasn’t really been one of those players that’s gone and created and scored loads of goals. It’s been in flashes and sparks that we’ve seen it. So, yeah, he possibly can save the club millions.”

In truth, the Egyptian’s injury setback couldn’t have come at a worse time.

Having inspired a victory last weekend and being rewarded with a rare opportunity to start in the prolonged absence of Jack Grealish, Trezeguet would’ve been looking to finish the campaign on a high and secure his place in Smith’s plans for next term.

Does Trezeguet have a future with Aston Villa? 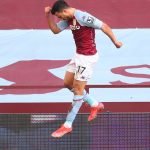 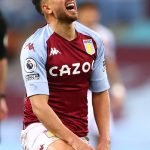 As it is, with The Telegraph reporting Villa will look to bolster their wide ranks over the summer, the man valued at £9m (as per Transfermarkt), could be concerned over his future involvement.