The 27-year-old attacking midfielder arrived at Villa Park on a season-long loan deal having fallen out of favour at Stamford Bridge and made a bright start to life in the Midlands.

Things have tailed off somewhat recently, owing in part to a hamstring injury suffered against Brighton back in November, scoring just once this calendar year.

Now as the end of the season comes into view, speculation has intensified over where the Liverpudlian’s future may lie, with a £35m price tag mooted.

Hendrie, a club legend at Villa after making 293 appearances in claret and blue, told Transfer Tavern of his surprise at the figures involved:

“There’s no doubt he’s got the ability, there’s no doubt that he’s a very, very good player and we’ve seen that when he first came into the club, but we haven’t seen it again.

“The lack of consistency, you know, if you’re spending £35m on a player, you want some revenue back, you want to see some form of goals and creativity. Yes, he’s got that, but have we seen enough of it? I don’t think so for £35m if I‘m quite honest.”

Citing perhaps Barkley’s dip in form following his injury layoff, Hendrie added he ‘would snap your hands off‘ for the former Everton man if it were still the early weeks of the season. 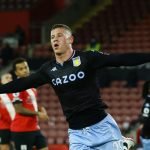 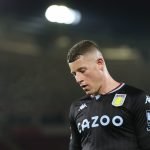 Holding a market value of £18m (as per Transfermarkt), signing Barkley for the suggested £35m would be a major risk.

Despite his obvious qualities, having been without the 33-cap ace for a chunk of the season, the club would be right to be wary of such expenditure.

Given Chelsea only paid £15m (BBC) to Everton for his services, Villa would be right to want a deal closer to that figure.