Lots of Celtic fans have been talking about Declan Gallagher after a news update recently emerged on social media.

TeamTalk have recently reported about Gallagher, saying that the Hoops are ready to move for the Motherwell man despite interest from Aberdeen, Hearts and Dundee. Championship sides Cardiff and Barnsley are also interested in the defender. 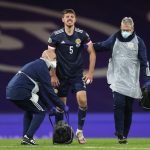 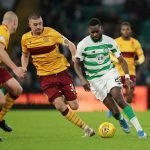 Interest from Celtic though, has turned Gallagher’s head and there was previously interest from Sheffield United, Burnley and West Brom.

What do Celtic fans make of Declan Gallagher?

The report about Gallagher states that while Celtic haven’t found a new manager yet, they want to remain active in the transfer market irrespective of that and they don’t want to miss out on any deals either.

Gallagher is a product of the Celtic youth academy but he left Parkhead in 2011 to join Clyde. The 30-year-old had joined Motherwell from Livingston in the summer of 2019 on a free transfer.

There is a mix of opinion from Celtic fans about Gallagher, though the majority are against the idea.

Gallagher can play at centre-back and at right-back – similar to Hatem Abd Elhamed, who left Celtic back in February. Since Gallagher is well-experienced, perhaps he can replace Elhamed in the future.

The Scotsman has the experience of playing in the Premiership and bringing him in during the summer could be a good move for the Bhoys.