In an exclusive interview with GiveMeSport, Fabrizio Roman0 has revealed that Sasa Kalajdzic is one of the many strikers West Ham United will look at potentially signing this summer.

The Hamers did not replace Sebastien Haller who joined Ajax in January and David Moyes can currently just call on Michail Antonio to play as an effective striker. 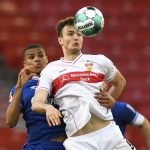 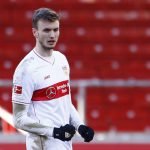 In January, West Ham did try and sign Sevilla’s Youssef En-Nesyri but they saw a £27 million offer rejected near the end of the January transfer window.

Speaking on how the Hammers have a list of striker’s they could go for and that Kalajdzic is one of those strikers, Romano told GiveMeSport:

“Yes, he’s one of the players they’re looking at but obviously they have a list of strikers.

“As you mentioned, they were looking at En-Nesyri from Sevilla in the summer but Sevilla said no so, let’s see what happens.

“They’re looking for an important striker so West Ham want to do something with a good striker this summer.”

West Ham have been linked with a move for Kalajdzic this summer but face competition from other clubs across Europe.

Click HERE to see the full interview with Fabrzio Romano…