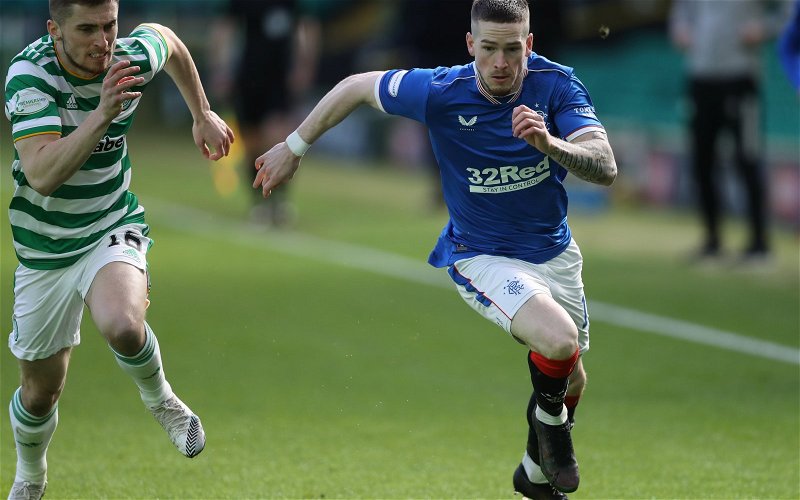 Frank McAvennie, speaking to Football FanCast about Jonjoe Kenny, revealed that he would like to see Celtic sign the Everton man permanently.

Kenny is on loan from the Toffees to Celtic until the end of the season, and he has made nine appearances in the league.

The 24-year-old has also performed reasonably well in the league, averaging a 7.06/10 rating and providing one assist from those nine appearances (as per WhoScored).

Certainly, it seems like McAvennie has seen enough from Kenny to convince him that the Bhoys should sign him permanently.

He said: “If he would come to Celtic on a permanent basis, I would be happy with that signing.

“I like him. I think he’s a decent player. The first two or three games he came in, he was getting past the defenders and whipping the ball into the box. As a former striker, I would have [eaten] them up.

“But the strikers at Celtic don’t. Edouard wasn’t getting in there; he likes everything into his feet. So it was hard. Ajeti and Klimala were getting chances but weren’t putting them away. I don’t think they’ve had crosses like that for such a long time, they didn’t know what to do with them.”

Yes, he would be a solid addition

Kenny, who is valued at £6.3m by Transfermarkt, struggled for game time with Everton in the first half of this season and the 2018/19 season.

He spent last year on loan at Schalke and made 34 appearances for the Bundesliga side, and now he is once again getting regular game time with the Bhoys.

However, it is unclear if Kenny has a future at Celtic Park as the club search for Neil Lennon’s replacement, and someone might take the job who doesn’t rate Kenny.

Until then, it may fall to incoming CEO Dominic McKay to make the big calls over transfers ahead of his arrival to replace Peter Lawwell upstairs at Celtic.

If Kenny is given the chance to join Celtic permanently, though, then we think he should take the chance as he has made a solid start to life in Glasgow.

In other news: ‘Horrendous excuse of a footballer’, ‘Honking’ – Many international fans blast ‘awful’ Celtic man