Lots of Celtic fans have been talking about the club’s latest tweet involving Scott Sinclair that recently emerged on social media.

Was Sinclair unfairly sold by Celtic? 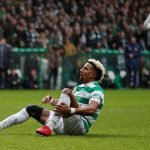 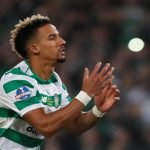 The club congratulated the Englishman and the tweet about it drew the attention of many Hoops supporters. They made their views clear about Sinclair.

What do Celtic fans think about Scott Sinclair’s news?

“Should still be at the club.“

Sinclair, currently 31, had been at Parkhead for around three and a half years. He joined the club from Aston Villa in the summer of 2016 and left Celtic in January 2020, when he joined Championship side Preston North End (as per Transfermarkt).

The Englishman’s time at Celtic was the most productive period of his club career, with 62 goals in Hoops colours.  Some other Celtic supporters also made their views clear about the £1.62m-rated star.

“Have a word really!“

A lot of these Celtic fans are making it clear that they’d like to have Sinclair back at the club, with some not taking any notice of his big news.

He made 167 appearances in all competitions for the Hoops, scoring 62 goals and picking up 36 assists as well, even though his game time ran dry in the last season. He won a total of three Premiership titles, winning just as many Scottish Cups.

His numbers at Preston this season have been pretty good, as he’s contributed to 12 goals in the Championship. Since he’s clearly still going strong, it is easy to see why Celtic fans would be happy to see him back.