Today is O’Neill’s 59th birthday and the club posted a collage of some of his better moments from his time at the club, including a couple of trophy celebrations. O’Neill had a very successful stint at Celtic and also managed to get them to the UEFA Cup final in 2003 before falling to Jose Mourinho’s Porto – success that he hasn’t been able to replicate in any of his later jobs.

But that doesn’t necessarily mean that the fans would want to see him back in the Celtic Park dugout any time soon, as these comments proved, whilst he may get some respect for what he did, that doesn’t mean he should be the man to take over from the recently departed Neil Lennon:

@AidanSellik
“Anyone who would consider O’Neill again is living a time bubble. He was amazing but that was a long time ago and O’Neill’s day has long gone.”
@Beaumontbhoy
“Aye happy birthday but don’t even think about it”
@upye88
“Don’t you dare appoint him”
@RlEoin
“Don’t even think about it”
@MichaelDugless
“Keep him out of the home dugout”
@NotoriousBAG_
“You get away with this one.”
@RevC92

Was Martin O'Neill Celtic's best manager of the 21st century? 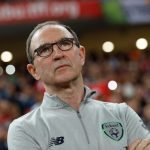 He’s currently out of a job and at 59 is still far from ‘past it’ when it comes to being the right age to manage, so who knows there might be a reunification between the two sides in the future.