Fans of Celtic have been reacting to a post on Facebook, which relayed an article concerning recent footage of Hoops winger Michael Johnston.

In a recent post on Twitter, Celtic shared footage of a selection of the club’s players who had not been selected for their respective international teams in training at Lennoxtown, one of whom was Johnston.

So far this season, the £9,000-per-week 21-year-old has made just eight appearances for the Bhoys, with only two of these appearances coming as starts, largely down to the winger suffering an injury to his medial ligament.

And after a report by Video Celts was shared by Celtic News Now on Facebook, with the report claiming that the footage could indicate that Johnston is back in contention for the Hoops’ upcoming Scottish Cup clash with Falkirk, fans of Celtic flocked to have their say on the matter, with many appearing to have very little faith in the winger’s ability.

Do you think Johnston is good enough for Celtic? 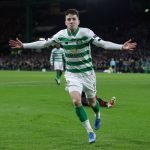 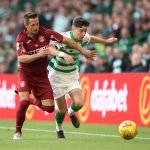 So, what exactly did these Celtic fans have to say in reaction to the report regarding Michael Johnston?

All in all, it would appear that many of these Celtic fans believe that Johnston is simply not good enough for their club, and, considering the fact that the winger has averaged a rather disappointing WhoScored match rating of 6.39/10 over his eight appearances so far this season – ranking him as the club’s seventh-worst performer in the Scottish Premiership – it is not difficult to understand why.

In other news: ‘Oh no’, ‘Lies’ – Many Celtic fans fume as potential new candidate emerges