Celtic: Journalist claims Michael O’Neill to be a candidate

Dean Jones has been speaking on the latest episode of Touchline Talk and has commented on the latest in Celtic&#8217;s search to replace Neil Lennon.

Celtic parted ways with the 49-year-old last month following a poor season from the Bhoys which has since seen their city rivals crowned Scottish Premiership champions.

The Bhoys host their Glasgow counterparts on Sunday in the Old Firm derby as interim boss John Kennedy will look to dampen Steven Gerrard’s title celebrations with a win.

On the subject of potential candidates amid Celtic’s search for a new permanent manager, Jones had this to say on the matter.

He said: “Michael O’Neill, who’s at Stoke, is frustrated by the fact that the club really have a bunch of reserve players that are hugely paid, you know, for a club like Stoke to have all these guys on the fringes, people like Tom Ince, who they really need to just move on from – they haven’t done it.”

“So Michael O’Neill’s kind of had one hand behind his back I think and he’s been doing a decent job. So I think Celtic are interested there. And I think if they put an offer forward, he might be interested.” 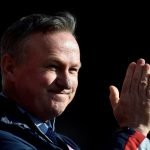 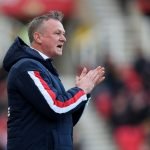 O’Neill’s Stoke are currently in 10th place in the Championship with their play-off dreams all but dead in the water following a poor turn of form since the new year.

51-year-old O’Neill has had a fairly high-calibre job before with the Northern Ireland national side, however, nothing in his managerial career will come close to the size of Celtic. There have been some much more experienced managers linked to the Celtic job and it could be viewed as a step too far for O’Neill given the size of the club and task at hand.

From what Jones said about his frustrations with Stoke, it sounds like O’Neill would jump at the chance of taking over at Celtic, but it may be more of a case of whether Celtic view him as the most suitable candidate.