Ian McGarry has been speaking on the latest edition of The Transfer Window podcast about news from various clubs around Europe.

One of the clubs that he spent quite a bit of time on was Celtic as they search for a new manager after Neil Lennon resigned.

Lennon’s departure followed on from Peter Lawwell announcing that he was leaving the club, bringing the end to an era at Celtic Park.

However, after the season the Bhoys have had, they probably had to make a change.

McGarry, though, doesn’t expect the managerial process to be quick, with Lawwell’s departure likely to slow everything down.

He said: (55:11) “What I’m told is that with Peter Lawwell, the chief executive, outgoing in May from his job that this is not necessarily going to be a short-lived process.”

Do you think this is a good idea?

Yes, we should take our time 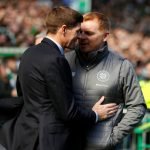 No, we should make a fast appointment

If what McGarry says is true, then the dreams of a quick appointment could be dashed; however, considering that Celtic don’t really have much to play for anymore, perhaps the club taking their time will not be the worst thing.

If the Bhoys are careful and take their time, then they might also be able to grab someone who is currently unavailable to take the job at the moment.

So, we think it could be beneficial for Celtic to wait.

Lawwell has been chief executive at Celtic now since 2003 and in his time at the club, the Bhoys have had a lot of success.

Still, this season has been a disaster, and we will be intrigued to see how Dominic McKay performs as chief executive and who will become the new manager as Celtic head into a new era.