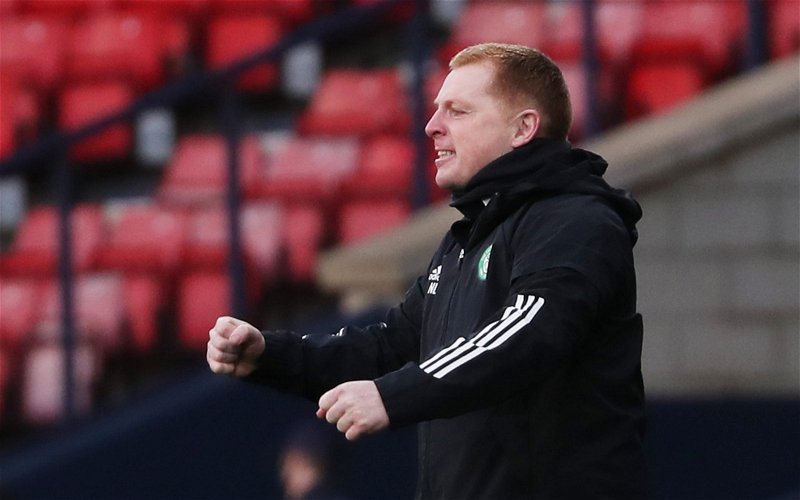 Ian McGarry has been speaking on the latest edition of The Transfer Window podcast about news from various clubs around Europe.

One of the teams that he spent a bit of time on was Celtic after Neil Lennon resigned from his position as first-team manager.

The Bhoys’ season has been a disaster as they started it looking for a tenth league title in a row but are currently 15 points behind Rangers and the Gers have a game in hand.

They also finished bottom of their Europa League group and crashed out of the Scottish League Cup, so when you look at that, it is no real surprise that Lennon has gone.

McGarry decided to use some of his time to explain why Lennon failed this season.

He said: (50:18) “Speaking to contacts at the club with regards to Lennon’s departure and indeed just the dressing room over the past four to five months. At his age [Lennon’s] it’s hard to say that he was a man who was passed his time.

“I think regarding Celtic; he was because it was his second spell as manager, and he spent the best part of 20 years at the club as a player, coach, and manager.

“I think, in the end, the failure of the players, the team, the squad to deliver ten titles in a row was partly down to a degree of arrogance and complacency [from Lennon].”

Do you think Lennon was complacent and arrogant?

Yes, he thought we would win easily

No, he just wasn't good enough

Lennon had won five league titles (2019/20 missing for some reason) with Celtic as a manager and then a further five as a player, you can see why he perhaps thought that the Bhoys would win this one easily as well.

However, Rangers have been a different beast this season, they have only scored eight more goals than Celtic, but in defence, they have been fantastic and have only conceded nine goals, 14 less than the Bhoys.

So, perhaps Lennon was complacent, but he wasn’t helped by the likes of Shane Duffy struggling or the poor performances from the new goalkeeper Vasilis Barkas.

However, we can see why Lennon was perhaps complacent after his previous success and ultimately, it has come back to bite him, and Rangers have stormed away with the league.