Loads of Celtic supporters have been fuming at Dermot Desmond’s comments about the club.

Desmond recently gave an interview about the club’s situation, as he talked about numerous issues involving the Parkhead-based side. He made it clear that while the current season has been disappointing, Celtic still have the Scottish Cup to play for.

Regarding the next Celtic manager, he said that it would not be appropriate to comment on it and he also wants a boss who can get the team playing the way fans want. The majority shareholder admitted that the club has made some wrong calls, but they want to learn from that and improve.

Do you think Desmond should depart Celtic? 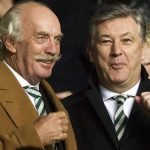 Desmond’s comments were relayed on Facebook by Glasgow Celtic Champions. Lots of Celtic supporters made their opinion clear about this.

What did Celtic fans make of Desmond’s comments? 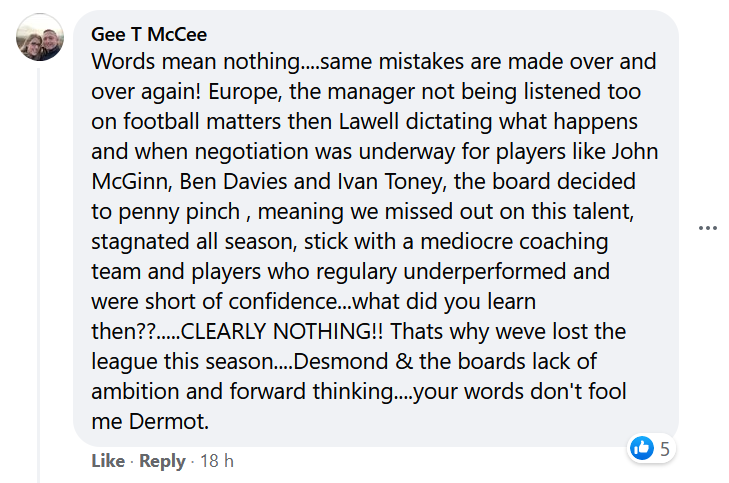 Desmond made it clear that it is ‘entirely disingenuous’ that some pundits and journalists foresaw the club’s downfall this season.

He also talked about outgoing CEO Peter Lawwell, hailing him for providing a solid foundation at Celtic, while he also praised Ian Bankier for the work he does with the board.

He provided more details about the future managerial appointment, saying that there is a process involved in proper research, interviewing and investigation of the club’s new manager. He revealed that the process is taking place privately.

A lot of these Celtic fans are annoyed and angry about Desmond’s comments and they are fuming at him.

During Neil Lennon’s time at the club, protests had taken place against the former manager and against the club’s board. They seemed to be angry about how the current season has gone.

So the angry reaction is perhaps just an outpouring of emotion that has developed so far in the season.