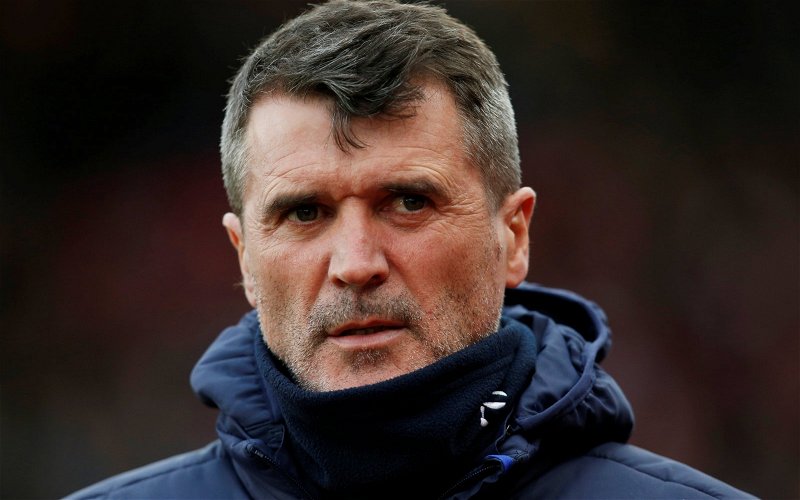 Celtic podcaster Colin Watt, host of A Celtic State of Mind, has been speaking on the latest edition of the show about all things relating to the Hoops.

The main topic of discussion was about who could become the Bhoys’ next first-team manager after Neil Lennon resigned from the role last week.

However, Watt doesn’t think that coaches like Keane have any place in the game anymore.

He said: “I just think that time for coaches is gone now; [there are] very few coaches nowadays that can get away with shouting at players and running them into the ground; the Martin O’Neill style.

“I seen Roy Keane at the weekend basically having a go at the boy [Matt] Doherty at Spurs and then he had the chance to put his own point across and he [said] when O’Neill and Keane were in charge of Ireland it was a complete shambles.

“So, I think that period has now moved on. You can’t just shout at someone and expect them to play well.”

No, he is rubbish

Although he doesn’t say that he doesn’t want Keane to be the next Celtic manager, we think it is pretty clear from his comments that he feels that the former Manchester United midfielder would have no place being the next Celtic boss.

Keane has not managed a first-team squad since he left Ipswich Town in 2011, and with both Ipswich and Sunderland, he spent most of his managerial career in the Championship.

So, though he has been linked with the job, we cannot see the Bhoys appointing Keane, and it is clear that Watt would not be happy if that sort of manager were appointed.