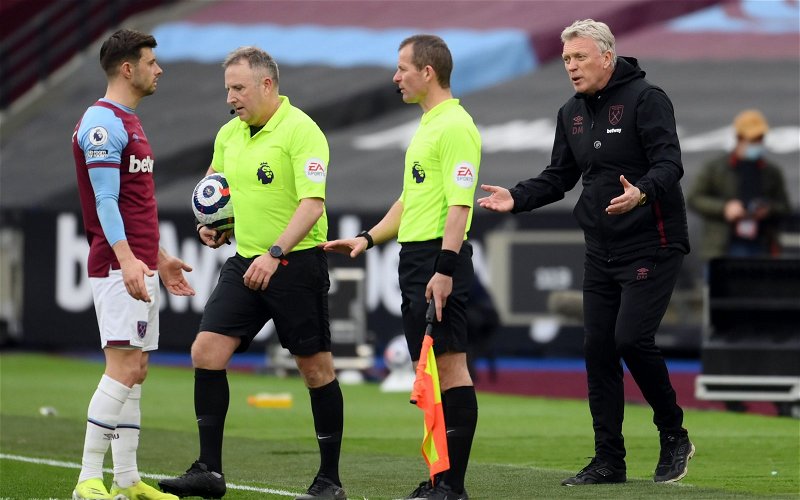 Former Premier League referee Mark Halsey thinks that West Ham United can consider themselves unlucky to have had a major decision go against them in their dramatic 3-3 draw with Arsenal on Sunday.

In the buildup to the Gunners’ third goal, Arsenal were awarded a free-kick for a supposed handball by Jarrod Bowen, when it could be argued that the West Ham man was in fact fouled by Kieran Tierney in the process. Arsenal took the resulting free-kick quickly and scored the equalising goal through Alexandre Lacazette.

And speaking exclusively to This Is Futbol, Halsey thinks that the decision all came down to the interpretation of referee on the day Jonathan Moss, and that the decision could easily have gone in their favour with a different man in the middle:

“It’s subjective isn’t it? I mean, had Jon Moss given the free-kick to Bowen I don’t think anybody would have complained. It’s just one of those, it’s the way Jon Moss saw it.

Do you think Jon Moss cost West Ham the game against Arsenal?

They’re words that won’t exactly be of any comfort to West Ham fans right now given how crucial those extra two points could have been as they continue their chase for a European place.

But at the same time, when you are three-nil up on a team and they come back to draw, there are a lot of other places you should be looking to place the blame rather than just one decision by the referee.