This came after Delaney hosted an episode of the U Irons podcast and along with The Athletic’s West Ham journalist Roshane Thomas, he spoke about various issues involving the Hammers following their 3-3 draw against Arsenal.

Delaney talked about the club’s defence and believes that they are missing Ogbonna’s influence. He went on to praise the Italian as his candidate for the ‘Hammer of the Year’ accolade.

Ogbonna hasn’t played for the Hammers since he sustained an ankle injury in their FA Cup tie against Manchester United. The 32-year-old has, as a result, missed as many as six games since then.

Has Ogbonna been West Ham's best player this season? 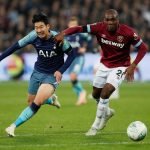 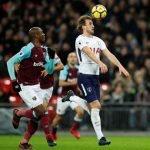 Delaney talked about Ogbonna saying that this is his best season in a West Ham jersey and he described the Italian as a ‘leader’.

The journalist claimed: “Clearly, we are struggling to be as resilient as we were earlier in the season. Now, what I think about that is that there’s a really clear correlation between us being a nightmare to play against and suddenly being vulnerable, and that is Ogbonna getting injured.

“Ogbonna, I think we’ve both said for most of the season, is our Hammer of the Season. I think that still stands now, even though he’s missed quite a few games, but that guy was having the best season he’s ever had in a West Ham shirt by a mile.

“The fact is he’s a real leader and he marshalled that defence whether we played in a four or a three. You can see him being vocal and he was so integral to it.”

In his absence over the last few weeks, West Ham have won just three times in six games. Before his injury, they had played seven games in 2021 and lost just once, winning on five occasions (as per Transfermarkt).

Going by that, the Hammers have arguably shown a vulnerability in his absence and it shows how important a player he is for the club.