Dave Walker, the host of The West Ham Way podcast, has been speaking on the latest edition of the show with ExWHUemployee about all things relating to West Ham United.

One of the topics that Walker spent some time covering was the summer transfer window and what he wants to see from the Hammers.

West Ham have had a brilliant season and are sitting in fifth place just two points behind Chelsea and are in a strong position to at least qualify for the Europa League next year.

However, Walker doesn’t think the squad would be strong enough, and he would particularly like to see cover for Declan Rice and Tomas Soucek.

He said: “I think it’s hard to recruit someone of a certain stature when they’re not going to be playing.

“So, for example, if Soucek or Rice gets injured, that’s my worst fear for West Ham, because they are so integral to everything they’re doing, but as a partnership as well, they’re so important.

Do you think West Ham need cover for Rice and Soucek? 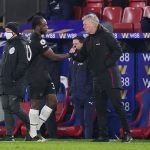 “That’s, for me, the biggest challenge.

“It’s not what areas we’re recruiting because I think they’re relatively obvious. It’s who we bring in that I think is the biggest challenge.”

There is no question that Rice and Soucek have been brilliant this season.

The 22-year-old Englishman averages a fine 7.01/10 rating from WhoScored, while the Czech has scored eight goals and averages a 7.37 rating, so it is clear that they have both been brilliant.

However, they are both natural defensive midfielders, and the Hammers only have Mark Noble as a natural central-midfield player.

He isn’t getting any younger, so they probably could do with another option in there to help cover for Rice and Soucek.

It will be interesting to see what the Hammers do in the summer, but we are focusing on their fantastic season for now.