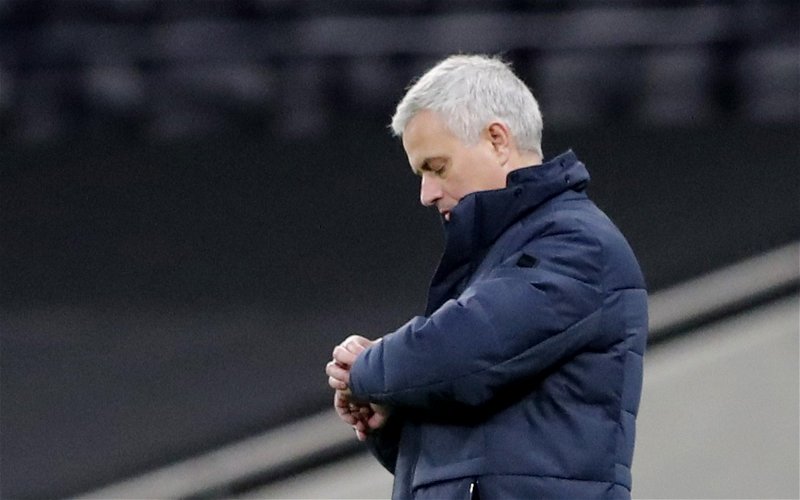 Tottenham Hotspur fans on Twitter have been responding to the latest update concerning their Premier League clash against Aston Villa.

This comes after Spurs journalist Alasdair Gold shared a post on his Twitter page ahead of the match at Villa Park claiming that the changes that Jose Mourinho has made to his starting XI and the substitutes’ bench is “going to make a real statement” and “likely to ruffle a few feathers”.

This post then gathered a lot of replies from Tottenham supporters, who were quick to share their thoughts on this latest update from Gold.

So, what did these Spurs fans have to say in response to Gold’s team news update ahead of the Villa match?

“Good to hear! All about attitude from now on COYS”

Looking at the replies to this post from Gold, it seems that these Spurs fans are quite happy to hear that Mourinho could potentially make some drastic changes to his team for their match against Villa.

Do you think Mourinho will make some drastic changes to the starting XI?

With the north London club heading into this match against Dean Smith’s side off the back of two disappointing defeats against Arsenal and Dinamo Zagreb, as Mourinho called the attitude of some of his players into question, it’s not surprising to hear that changes could be made to the team for the Villa match.

In our view, no matter who Mourinho has picked to play against Villa, they will need to pick up all three points and put in a performance that the Spurs fans can be proud of to get them out of this poor run of form.