A lot of Tottenham Hotspur fans have flocked to a post from TranSPURS, which has relayed transfer news on Wahid Faghir.

The Sunday Mirror (28/3, page 75) claim that Spurs are interested in signing the 17-year-old, who is described as being ‘very physical’ and ‘finishes with power and quality’ (Sunday Mirror via TranSPURS).

They also claim that he is ‘the next Zlatan’, and he currently plays for Vejle Boldklub.

This has drawn the attention of these Tottenham fans who are intrigued by this latest claim.

“if Faghir is anything like Eriksen or Højbjerg, bring him in”

“He is very good should get him in and loan him out 2-3 seasons. And his spirit is a dub for the club”

“Levy way ahead of the game, already looking for Scarlett’s backup” 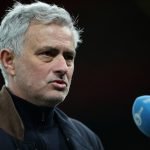 Tottenham only have Harry Kane and Carlos Vinicius as senior strikers in their team.

Still, they have the likes of Troy Parrott (currently on loan at Ipswich Town) and Dane Scarlett in their youth teams, with Scarlett having just signed a professional contract with Tottenham and both Parrott and Scarlett are highly rated.

So, do they need another promising young striker?

We are not so sure, but either way, this post continued to draw in Spurs fans.

“Now this would be interesting. Seems slightly unnecessary with the likes of Dane Scarlett breaking through, but I really like Faghir and he’s already regularly starting for his club side Vejle BK in Denmark’s top flight. Not a priority, but price dependent would be a good buy.”

It will be interesting to see if Tottenham do make a move for Faghir in the summer. Certainly, his goalscoring record for someone so young is impressive, and these Tottenham fans seem intrigued by the rumour.

In other news: ‘I hate Jose’, ‘Are you crazy’ – Many Tottenham fans livid as ‘insane’ update emerges