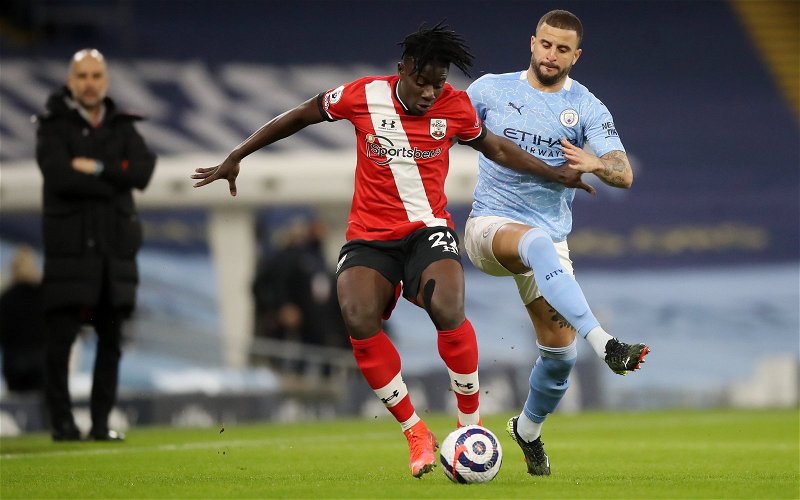 Mark Halsey has been speaking exclusively to This Is Futbol about all of the controversial incidents from the weekend’s action.

One of the issues that he talked about was Sam Surridge’s tackle on Mohammed Salisu in Southampton’s 3-0 win over Bournemouth in the FA Cup.

The Cherries striker went in hard and aggressively on the Saints man, and the result was a yellow card for Surridge, but what did Halsey think of it.

Do you think a yellow card was the right decision?

Yes, bad tackle but only worth a yellow

No, he should have been sent off

Salisu was fine to continue after the tackle, and Surridge stayed on the field for the remainder of the game.

Having looked at the tackle again, we can see why Martin Atkinson awarded a yellow and also why Halsey agrees with the decision to book the former Swansea City man.

Given that Surridge made the tackle when the Cherries were 3-0 down, perhaps he was frustrated with how his team had performed and just allowed himself to lose control for a second.

The Saints won very comfortably in the end and will now face Leicester City for a spot in the FA Cup final at Wembley.

This was a very professional performance against their south coast rivals on Saturday, and it will be intriguing to see how they do against the Foxes.

It is clear that Halsey thought that the referee got his decision spot-on on this occasion, and in the end, it made no difference to the game anyway.