Loads of Newcastle United fans have reacted on Twitter to the performance of Emil Krafth following their 0-0 draw with West Bromwich Albion on Sunday afternoon.

The shared points meant the Magpies kept their nine-point advantage over Sam Allardyce’s side with each side having 11 games left to play this season.

Steve Bruce’s side face his former club Aston Villa on Friday night at St. James’ Park, which will prove another difficult task, given United’s injury issues and treacherous league position.

26-year-old Krafth joined the Magpies during the summer of 2019 from Amiens for a fee believed to be a little under £5m, however, the fans were left far from impressed from the bargain buy.

“Thought Shelvey was one of the better ones if that’s possible. Krafth was awful so was Fraser.”
@RyanMoseleynufc
“Krafth is dreadful.”
@mollymcmullenn
“Joelinton better, thought Clark was excellent. Krafth continues to look Sunday morning, Shelvey and Hendrick awful.”
@LiamJKennedy23
“Krafth wouldn’t even get in ma local Sunday league team. Awful defender #nufc“
@EastoNufc
“Krafth is as poor a player as I’ve ever seen in a #nufc shirt. So awkward on the ball, lightweight in defence, and tactically unaware.”
@rhysh021
“Krafth is weak at right-back, poor going forward, gets beat too easily defensively #NUFC“

Should Newcastle have kept DeAdnre Yedlin? 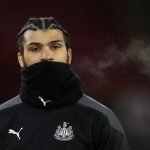 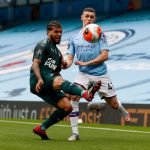 It is fair to say the Newcastle fans are far from pleased with their right-back, who failed to impress in their 0-0 draw at The Hawthorns – with many questioning what he offers the club.

That may be a little unfair on Krafth – who did nevertheless contribute towards a clean sheet away from home – but given their current predicament in the Premier League, it is easy to see why the fans are so quick to criticise.