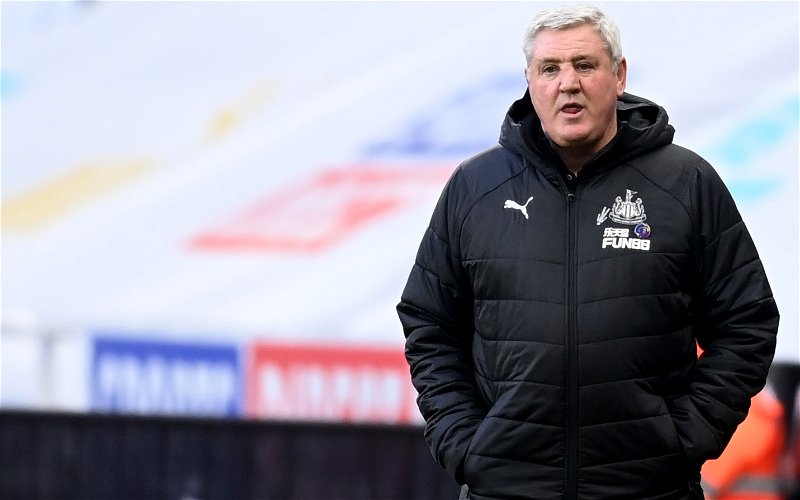 Newcastle United supporters have been reacting on Twitter after under-pressure manager Steve Bruce admits he hasn’t been good enough in recent months.

The Magpies are sitting just two points and one place above the drop zone heading into their relegation six-pointer with Brighton and Hove Albion over the weekend, after winning just two of their last 17 Premier League encounters.

Bruce has faced fan protests during his time at St. James’ Park, and their current struggles have only intensified the ill-feeling at the North-East outfit.

Although Newcastle have put a three-game unbeaten run together of late, drawing against Wolves, West Brom and Aston Villa, their performances have left a lot to be desired, and defeat on Saturday evening could have severe consequences.

Speaking at a recent press conference (via the Chronicle), Bruce addressed questions about his future should the Seagulls secure all three points at the Amex Stadium.

He said: “The decision will always be taken out of my hands. I only want what is best for the club, and over the last few months, I’ve not been good enough to get the results the club demands. I understand that.” But it’s clear his words did little to ease the tension between the supporters and club.

“He admits he’s not good enough, but won’t walk away. All he’s thinking about is his pay off. He’s not a fan”

“This sounds one Bruce knows the writing is on the wall for him, if he is admitting he has not been good enough for the last several months.”

“If he admits he hasn’t been good enough, then shouldn’t he just walk away, so that someone who is can do the job? Someone, anyone would be better!”

“So he’s admitted that’s he’s not good enough for the job and apparently wants what’s best for the club…however, he won’t quit as he’d miss out on his pay out! What a great guy”

“Like any sport the game is evolving. Successful managers need to evolve with the times, Bruce has stood still for 10 years.”

“I can’t believe he’s finally admitted that he’s not good enough for the Newcastle job. Contradicting himself though saying he wants what’s best for the club, then saying he won’t resign…”

“He is now actually asking to be sacked, and yet still nothing from the club. The club is a joke from top to bottom and they dont deserve to be in the PL. The fans on the other deserve a hell of a lot more than this tosh”

Defeat on the south coast this Saturday would leave Newcastle in serious danger of suffering their third relegation under Mike Ashley’s ownership, and it’s clear the supporters feel Bruce will have played a big part in their plight.