On the latest edition of the Off The Ball podcast, German journalist Christian Falk made an appearance to discuss rumours ahead of this summer’s transfer window.

Speaking about potential outgoings from the Bundesliga, Falk spoke about the possibility of Manchester United landing rumoured target Jadon Sancho.

The English winger joined Borussia Dortmund from Manchester City in 2017 for a fee believed to be in the region of £10m.

£90m-rated Sancho was heavily linked with a move to the red half of Manchester last summer, but it was believed United were unwilling to match Dortmund’s asking price for the 20-year-old.

Speaking on the matter, Falk had this to say about Sancho’s potential future move to United.

He said: “I’m not sure if they still want to pay so much money at the moment. It was getting quiet, the last thing I heard [was] that they want to try to make a deal in winter – it didn’t happen.

“Perhaps then they looked at his first part of his season, he was not so good at the moment. There [were] problems with his weight, but now he’s playing good, so why not?”

Should United go all out for Sancho this summer? 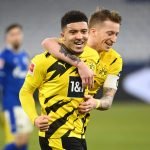 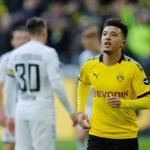 Sancho has featured 21 times this season in the Bundesliga for Dortmund but has only found the back of the net six times in the league (via Transfermarkt).

From what Falk has said, it seems a case of United only being interested this time around if the price is right. The figures which were being mentioned last summer were not entertained, though it doesn’t appear as if their interest has waned completely. Sancho scored 17 goals in the Bundesliga last season, but he is well off that number this season and his slow start may concern some at United with their interest reportedly switched to former Wolves star, Pedro Goncalves.