Liverpool journalist Connor Dunn has been sharing his praise for Reds midfielder Georginio Wijnaldum and his role in Jurgen Klopp’s side this season as his future hangs in the balance.

This comes after Dunn recently made an appearance on the latest episode of the Liverpool Echo’s Blood Red Podcast where he spoke about a number of topics concerning the Merseyside club.

With Wijnaldum and Liverpool reportedly stalling over contract talks in January, Dunn had this to say about the midfield man’s role and his Anfield future.

He said: “He’s very reliable, he’s incredible at keeping the ball, he’s solid in defence, he can take you forward and take you back, he defends well, he brings the ball out well, he passes well.

“It’s just so important to have somebody like that with [Jordan] Henderson out and with players like Thiago who want to play forward with maybe a [Curtis] Jones or a [Naby] Keita who want to get forward who want to attack all the time, you need somebody to sit a little bit.

“Obviously that’s not the job he entirely wants to do or maybe he’s even best at, but Liverpool have probably better players at that job going forward, so he sits deep and he does so well and he will be a massive miss because it’s looking like he’s going to go at the end of this season.”

Liverpool signed Wijnaldum back in the 2016 summer transfer window from fellow Premier League side Newcastle United for a fee of £24.75 million.

Since then, the 30-year-old, who is currently valued at £36 million, has gone on to make 222 appearances for the Reds in which he has managed to score 22 goals and provide 16 assists along the way (per Transfermarkt).

Given how Wijnaldum has made more appearances for Liverpool in the Premier League season than any other player alongside Andy Robertson and Roberto Firmino, this shows just how important he has been for Klopp in this campaign.

Has Georginio Wijnaldum been Liverpool's most important player this season? 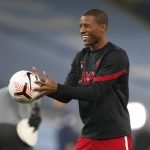 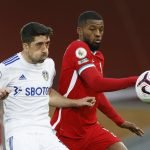 Also, with Wijnaldum picking up a pass success rate of 91.9% (second only to Curtis Jones) in the league, this backs up some of the contributions and attributes that Dunn listed about the Dutchman.

Indeed, with the midfielder’s contract at Anfield set to expire at the end of June, Liverpool will need to find someone who can slot into his position in midfield next season if Wijnaldum does leave in the summer, in our view.