Liverpool journalist James Pearce has been sharing his thoughts on what the biggest issue is at the Merseyside club at the moment concerning their disappointing recent run of form.

This comes after Pearce recently made an appearance on the latest episode of The Athletic’s Liverpool-themed podcast The Red Agenda where he spoke about a number of topics concerning Jurgen Klopp’s side.

On the subject of Liverpool’s poor run of form, highlighted by their recent 1-0 defeat against Fulham at Anfield, Pearce was asked whether or not he thinks Klopp has lost the ability to motivate his players.

In response, Pearce had this to say on the matter.

He said: “Yeah, it does [feel like that] and that’s probably the biggest worry for me coming away from Anfield on Sunday afternoon, was that whatever Jurgen Klopp and whatever Pep Lijnders are saying on a daily basis doesn’t seem to be getting through at the moment.”

A first-half goal from Fulham midfielder Mario Lemina was enough to secure all three points for Scott Parker’s side and hand Liverpool their sixth consecutive home defeat (per BBC Sport).

With the current run of poor form Liverpool are on, it’s easy to see why Pearce has started to question whether or not the players are taking in what Klopp and the rest of the coaching staff are saying to them in training and during matches.

Who do you think is more to blame for Liverpool's poor form? 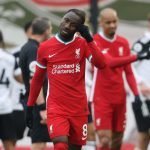 Also, with Klopp revealing after the Fulham defeat that this is now the lowest period in his managerial career, this shows that he and his players are in need of a serious turnaround in terms of their form and results on the pitch, so there may be weight to Pearce’s beliefs.

Moving forward, if what Pearce suggested is true and that the players aren’t taking on board what Klopp is saying to them, then the German needs to figure out a way of getting his message across to his player on the pitch so they can start putting in decent performances and picking up positive results throughout the remainder of the season.