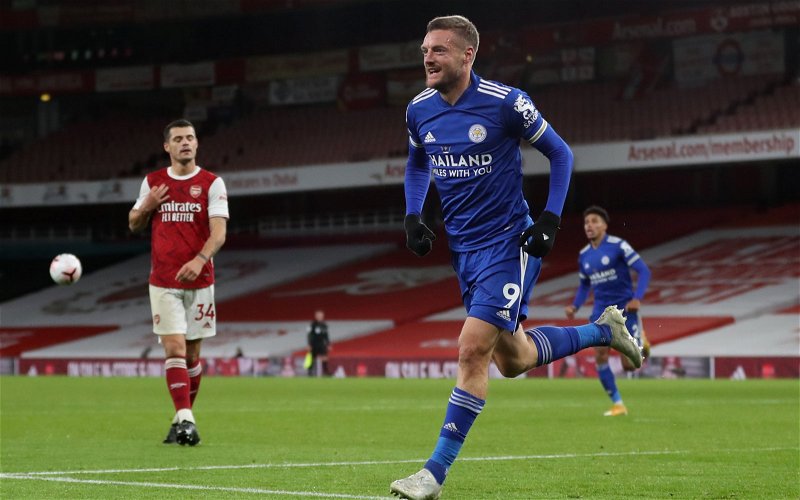 Former Premier League referee Mark Halsey has given his thoughts on whether Jamie Vardy should have been awarded a penalty over the weekend.

The result maintained the Foxes position inside the top four of the Premier league table as the King Power outfit aim to return to the Champions League for the first time since the 2016/17 season.

Leicester were made to work extremely hard for their victory at the Amex Stadium, but life could have been a little easier had Michael Oliver awarded a spot-kick for Lewis Dunk’s challenge on their star striker.

Vardy let the ball go through his legs on the half-way line before spinning past Dunk and sprinting towards the Brighton goal. In a desperate attempt to halt his progress, the Seagulls captain slid in and appeared to wipe the former England international out before getting a toe to the ball.

Nevertheless, Oliver chose not to award a penalty to the Midlands side, and in an exclusive interview with This is Futbol, Halsey had this to say on the incident.

“If you want to find a free-kick, or a red card, or a penalty, you can, and you when you’re looking at that length of time, then it is not clear and obvious for me. One look, two looks, let’s move on. We don’t need to keep looking and looking and looking; we know when you’ve seen the first replay, nine times out of 10, the first replay, or perhaps the second replay, you know.”

In our view, Dunk was very lucky to get away without conceding a penalty for this challenge on Vardy. The Brighton centre-back only appears to get a touch on the ball after making contact with the Leicester man, but it’s very hard to be certain.

We can see why VAR chose not to overturn the decision though, given the subjective and ambiguous nature of the tackle.