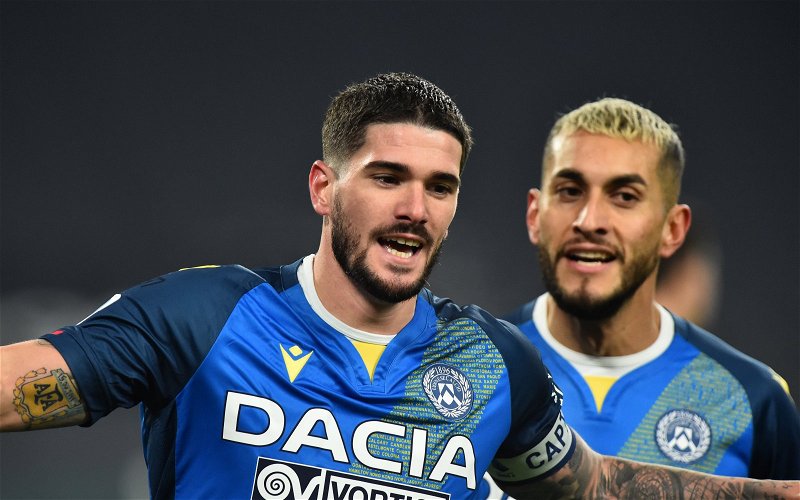 This comes after Miles recently made an appearance on the latest video from the All Leeds TV YouTube channel where he spoke about a number of topics concerning the Yorkshire club.

On the subject of De Paul and whether or not Leeds could potentially try and sign the midfield man during the upcoming summer transfer window, Miles had this to say on the matter. (8.22)

He said: “I do expect Leeds to go for De Paul [this summer], I don’t think that’s a rumour anymore, I think there’s a lot of substantial truth to that and I do kind of think that he will be playing for Leeds next season.

“I don’t want to jinx it so I’m going to touchwood, but hopefully, De Paul will be first in.”

Udinese signed De Paul from Spanish side Valencia back in 2016 for £2.7 million.

Since then, the 26-year-old, who is currently valued at £31.5 million, has made 172 appearances for the Italian club, prior to their Serie A clash against Sassuolo, in which he has scored 30 goals and provided 31 assists in the process (per Transfermarkt).

Given how heavily Leeds were linked with a move for De Paul last summer, and the fact that he is having a decent season with Udinese this year, earning himself a solid season rating of 7.34/10, making him their highest-rated player so far, it would make sense for Leeds to reignite their interest in the Argentine and make a move for him again this summer.

Do you think Leeds should target De Paul again this summer?

In our view, taking to account how Leeds have managed to concede 44 goals in the Premier League so far this season, prior to their match against West Ham United on Monday night, perhaps targeting some defensive players instead of De Paul would be more beneficial for the team moving forward.