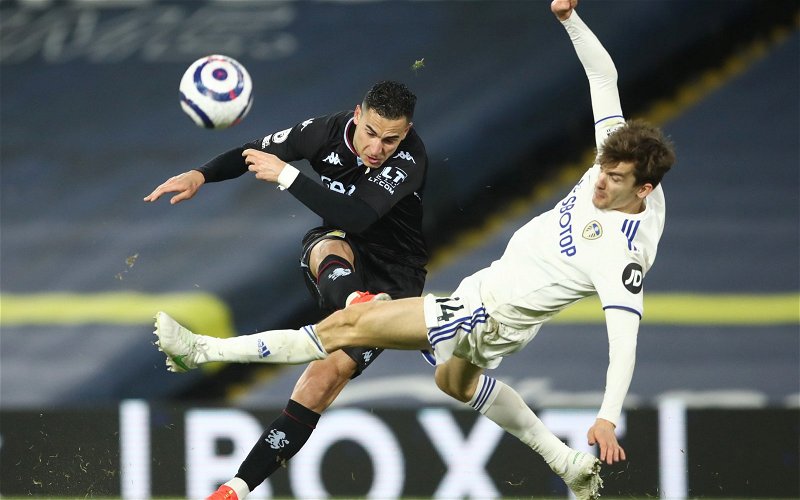 Since joining Leeds from Real Sociedad in what was an £18 million deal back in September of last year, Llorente has not enjoyed the best of times thus far in his career at Elland Road, having spent the vast majority of his time in England on the sidelines due to injury.

However, after two back-to-back 90-minute performances in the club’s previous pair of league fixtures, Cross, speaking on a video for Leeds Live, stated his belief that the 27-year-old’s starting spot at centre-back is now his to lose, suggesting he would expect to see the defender featuring from the off against West Ham on Monday.

He said: “I think, intriguingly, we’re going to see Llorente in there, I would think – unless anything drastic has changed in training since Aston Villa or across the coming days in training before Monday night.

“Going into the Villa game, I was still a little bit hesitant on Llorente as to whether they would want to play him again and risk him, because it felt like he was chucked into the match before because of [Jamie] Shackleton’s injury. So, I did wonder whether they might take him out of the firing line again.

“But, now he’s done two 90s back-to-back and looked very, very good in both, I think it’s his shirt to lose now. I think [Pascal] Struijk is the one that comes under pressure whenever Kalvin [Phillips] comes back. So, I think it will probably be Llorente and [Liam] Cooper [who start against West Ham].”

Should Llorente start against West Ham?

As Cross suggests, Llorente has indeed been in fine form over his last two appearances for Marcelo Bielsa’s side, with the Spaniard earning a WhoScored match rating of 6.93 in the club’s 3-0 win over Southampton, as well as a 7.02 match rating in the fixture against Aston Villa, despite his side’s 1-0 loss.

As a result, in our opinion, it would be very surprising if Bielsa did decide to drop the 27-year-old for Monday’s clash with West Ham United, particularly considering how impressive the Hammers have looked in recent weeks.