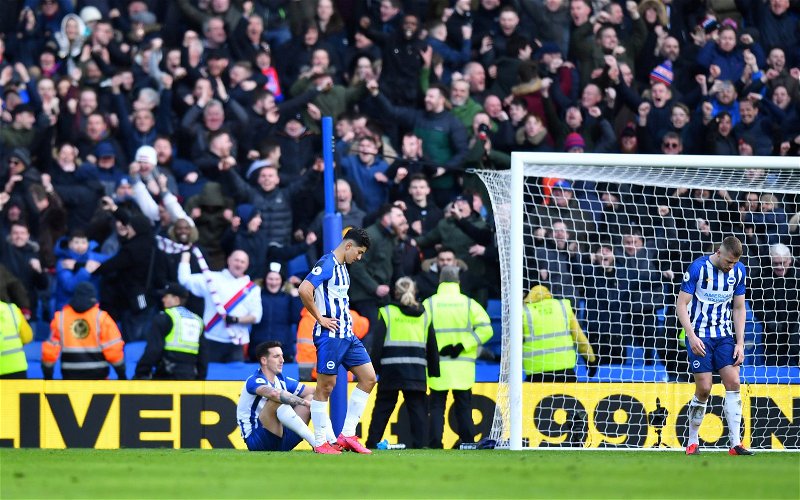 The Brighton defender thought he had equalised for the Seagulls after Kyle Bartley had headed home from a corner to put West Brom ahead in the game, but Mason ruled out the strike after a lengthy delay involving a VAR check.

Dunk curled the ball into the Baggies net from 25 yards out after Mason had blown his whistle. However, the referee appeared to blow his whistle for a second time while the ball was travelling towards the goal after the official spotted that West Brom goalkeeper Sam Johnstone was still stood against the post organising his wall.

In an exclusive interview with This is Futbol, Halsey was asked if he could explain the incident and unravel where the mistakes were made.

Halsey said: “If you look at any game around the world, the referee will blow his whistle for a free kick in and around the box. Okay, that’s fact. So, Lewis Dunk, you cannot criticise Lewis Dunk, but as a referee in that situation, you’ve got to use a little bit of common sense.

“Now, obviously, Lee Mason, he’s having a tough time and is not aware and not focused on what’s going on. And what he’s done is he’s blowing his whistle for him to take the free kick. Now, in the laws of the game, the referee is under no obligation to wait for the goalkeeper to get into position. So once he blew that whistle, you know, he’s got to allow the goal.

“But, obviously, he’s blown his whistle again before the balls entered into the net. So he cannot allow the goal because he’s blown his whistle twice. If he hadn’t blown his whistle when the ball went in the back of the net then they could have revisited it. Obviously, it was confusing, and my only thing about that, I think he’s seen the goalkeeper on the post. And that’s why, because I can’t see any other offence in that situation.”

In our view, this was one almighty mess that Halsey does a good job of explaining. This incident is so rare that it’s hard to find a law that specifically covers what happened, but in accordance with Law 5, the referee uses their whistle to control the game and, therefore, Mason had no choice but to disallow Dunk’s effort after he had blown his whistle the second time.