Aston Villa journalist Gregg Evans has shared some transfer-related news concerning defender Ezri Konsa and his future with the club.

This comes after Evans recently made an appearance on the latest episode of The Athletic’s Villa-themed 1874 podcast where he discussed a range of subjects concerning Dean Smith’s side.

On the subject of Konsa – who has been linked with a summer move away from the club – and his future at Villa Park, Evans had this to say on the matter.

He said: “Ezri Konsa, they’re confident that they can tie him down to an extension at the club.

“Yeah, there is interest from Tottenham, and other Premier League clubs will be keeping a close eye on him now because he’s been sensational this season, but Villa don’t envisage losing him.”

Since then, the 23-year-old, who is currently valued at £16.2 million, has made 57 appearances for Villa across all competitions in which he has managed to score four goals and provide two assists in the process (per Transfermarkt).

With Konsa having only missed two Premier League games so far this season, this just goes to show how important he is for Smith and Villa and would suggest that they would want to keep hold of him this summer.

Do you think Villa should offer Konsa a new deal? 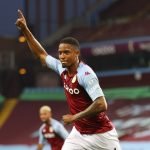 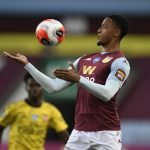 As well as his appearances this season, the fact that he is the only Villa centre-back to earn himself a Man of the Match award from WhoScored in the Premier League shows that he has the quality in him to perform at a high level in this league, which could be a factor as to why some clubs have interest in him, as Evans mentioned.

In our view, Villa should try their hardest to get Konsa to sign a new deal as soon as possible, even though his current deal doesn’t expire until 2023, to warn off any other clubs trying to sign him.