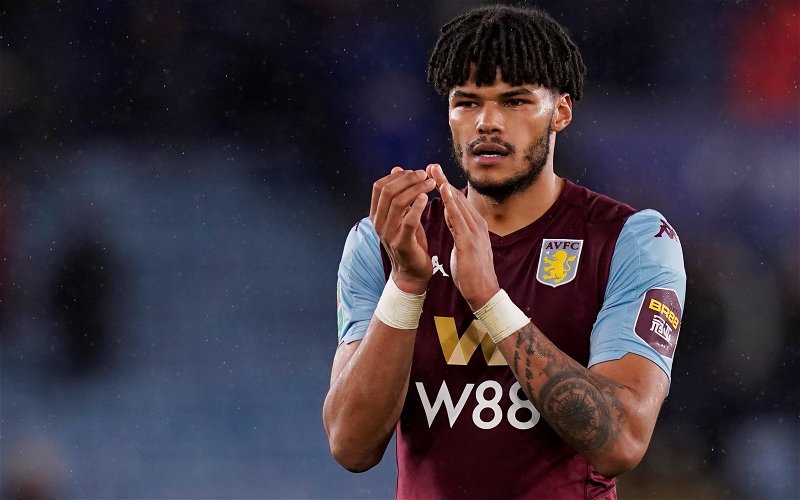 Nathan Judah and Luke Hatfield have been discussing Aston Villa’s defence on the latest episode of the E&S Wolves podcast ahead of the clash between the Midlands rivals.

Dean Smith’s men host the Molineux outfit on Saturday afternoon as the two teams look to bounce back from disappointing defeats last time out.

The Villans have been one of this season’s surprise packages, with their 39-point haul after 25 games of the campaign enough to have them sitting in ninth position in the Premier League table.

European qualification is still within Villa’s sights, especially with their games in hand, and their success has largely been built on solid foundations.

Smith’s men have the joint-third best defensive record in the top flight, with 27-year-old centre-back Tyrone Mings receiving many plaudits and earning himself four England caps under Gareth Southgate.

However, Judah and Hatfield both believe Mings’ partner Ezri Konsa is the real star of the show.

Hatfield said:(42:11) “You look at Villa’s centre-back pairing, and it is one of the most solid in the league at the moment, Tyrone Mings and Ezri Konsa. If anything, Konsa has been better than Ming’s.”

To which Judah replied: “I think Konsa is better than Ming’s. I like Konsa a lot. I think he’s very, very good. Very good player. Ming’s might have improved recently, but I have seen him having some glaring errors this season.”

TIF Thoughts on Mings and Konsa…

We think that the improvement Konsa has made this season has gone largely unnoticed. The former Brentford man has made a considerable step up in his second season with the Villans and has formed a formidable partnership with Mings.

Jack Grealish is the real star of the show for Smith’s side, but without a robust defence behind him, his attacking talents would likely be wasted.

Mings is just edging out Konsa on the current Who Scored ratings, however, at four years Mings’ junior, Konsa certainly has an exciting future ahead of him.