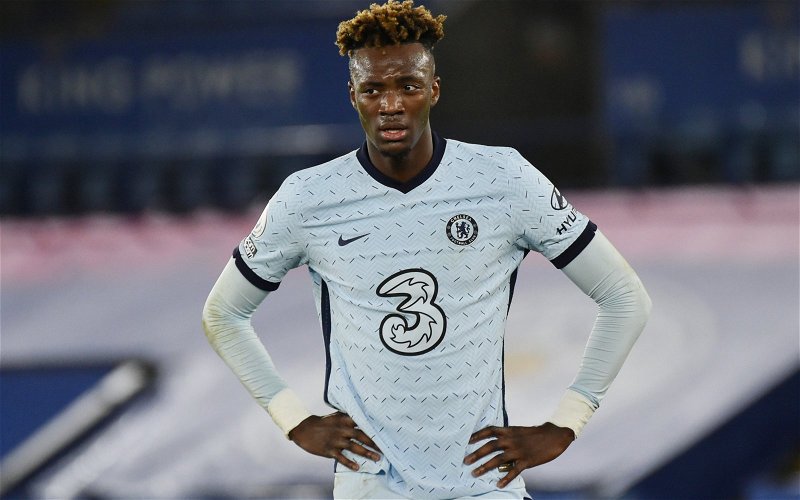 Speaking exclusively to Football FanCast, Hendrie was asked whether or not he would like to see the striker move back to Villa where he spent the 2018/19 season on loan.

In response, Hendrie had this to say on the matter.

He said: “I’m a big fan of Tammy, I really am. I just feel that he’s got great energy. When he was at Villa for that period of time, he was immense, he really was. He was a breath of fresh air, he gave it that belief, he gave fans a lot of pleasure and he scored a lot of goals.

“It might be that Tammy has to leave Chelsea, and I do feel that coming to Villa, I think it’d be a fabulous fit.

“He’s a player I’d have all day at the club because, at the moment you’re looking at the overload that Ollie Watkins has gone through this season, [he’s] played a hell of a lot of games.

“Imagine having those two in your squad. I just feel that’d be a massive positive push for Villa.”

During his season at Villa, the 23-year-old, who is currently valued at £36 million, managed to score a total of 26 goals in 40 appearances with the Birmingham club (per Transfermarkt).

After his season on loan with Villa ended, the striker managed to score 15 goals with Chelsea throughout the 2019/20 Premier League season.

Given how current Villa striker Ollie Watkins has played more minutes (2520) in the Premier League than any outfield player so far this season and the fact that Abraham hasn’t played half as many minutes (1019) as Watkins this season, it’s understandable why Hendrie thinks a return to Villa for Abraham would be beneficial for the Birmingham club and allow the two strikers to balance the workload and playing time together.

Looking ahead to the upcoming summer transfer window, if Villa do attempt to try and sign Abraham on a permanent basis then perhaps they could persuade him to return based on the potential playing time he would get at the club, compared to what he’s got at Chelsea so far this season.

In other news: ‘All I know is’ – Gregg Evans drops exciting Aston Villa transfer claim