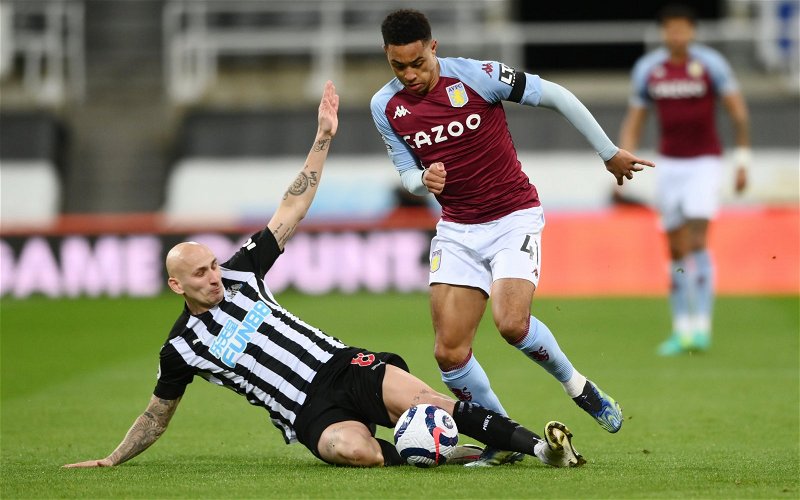 Aston Villa journalist Gregg Evans has been sharing his thoughts on Villa midfielder Jacob Ramsey and his season in Dean Smith’s side so far.

This comes after Evans recently made an appearance on the latest episode of The Athletic’s Villa-themed podcast 1874 where he spoke about a number of topics concerning the Birmingham club.

On the subject of Ramsey and how he has fared with Villa so far this season, Evans had this to say on the matter. (5.49)

He said: “I really like Jacob Ramsey; I think he’s going to be a really good player and I think that this is the season where he probably doesn’t want to do anything wrong when he’s on the ball.

“Maybe he’s not been as expressive as he was when he’s in the U23s and the pressure is off him and he’s up against much lower-standard players in opposition.

“I feel that if he had someone like Jack Grealish alongside him then that would certainly help him and would free up a lot more space for him.”

As a product of Villa’s youth academy, Ramsey made his senior debut for the club back in February 2019 when Villa were in the Championship.

Since then, the 19-year-old, who is currently valued at £3.15 million, has made 19 appearances for Smith’s side having registered one assist in the process (per Transfermarkt).

Do you think Jacob Ramsey will have a bright future with Villa?

Given how Ramsey has managed to earn himself a fairly uninspiring season rating of 6.21/10 for his performances in the Premier League, making him the lowest-rated Villa player that has started more than one league game so far this season, it’s understandable why Evans has some concerns about how the midfield man has fared in this campaign.

However, it’s reassuring to hear that Evans thinks that Ramsey will grow to become a solid player for Villa in the future and given the fact that he is still a teenager, we agree that he has the potential to do just that.