Pundit Robbie Mustoe has recently delivered his verdict about Thomas Partey&#8217;s time at Arsenal so far.

Mustoe featured on the latest episode of The 2 Robbies podcast and the panel talked about multiple issues involving Premier League clubs. They also talked about Arsenal and their Europa League campaign, which led to Mustoe talking about Partey’s start to life at the Emirates Stadium. He believes that while the midfielder does some good things, his decision-making can be questionable at times. 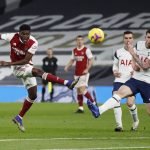 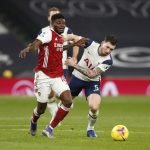 Partey joined Arsenal from Atletico Madrid in the summer transfer window, arriving for a fee of £45 million when the Gunners triggered his release clause. The 27-year-old has only made ten league starts for Arsenal so far in the campaign.

Mustoe believes that while the Ghana midfielder does look cool in possession sometimes, he can occasionally be pretty sloppy and casual.

The pundit claimed: “I see him do things and I’m like, that’s the player, you know, he’ll break something up, he’s very cool sometimes in possession.

“Then he’ll go through periods in games where he looks sloppy, and he’s just very casual on the ball, he gets caught in the intensity of the Premier League. And there are moments where I’m like, ‘Wow, that was really poor.’ But not enough for us to comment – but it’s there.

“I’m not saying he’s struggling to get to grips with the Premier League, but I think there are parts of his game where that’s not really very good. Like, this league, with the intensity and the pressing, you’ve got to be a bit safer than that.”

In the Premier League this season, Partey has picked up a rating of only 6.67/10 so far. That’s the lowest league rating of his career since the 2014/15 season (as per WhoScored).

It shows that the start to life in north London hasn’t been great and he’s not reached the same levels that he seemed to hit at Los Rojiblancos. Having said that, his first season at Arsenal has been plagued by injuries. He’s already suffered three injury issues and caused constant disruption (as per Transfermarkt).

So while looking at the whole context of the season, it is easy to understand why Partey hasn’t hit the same heights and whenever he’s free of injury over a longer period of time, it would be better to judge him at that point.