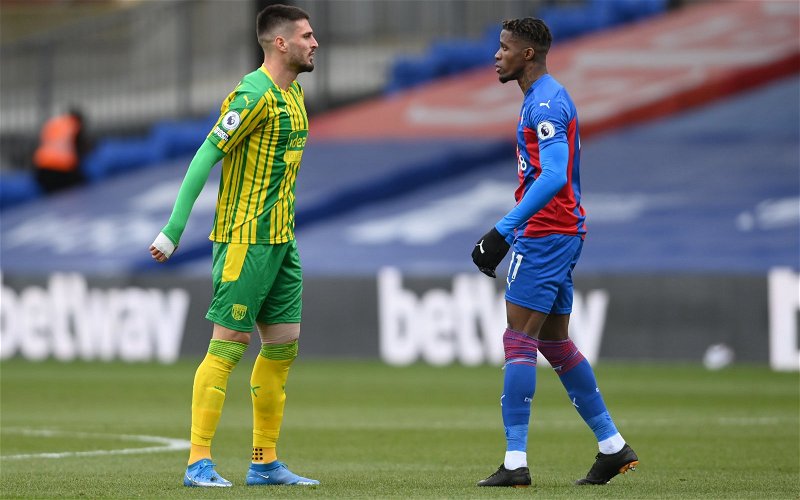 This comes after Goldberg recently co-hosted the latest episode of West Brom-themed podcast The Liquidator where he discussed a number of topics concerning the Midlands club, including their recent 1-0 defeat against Crystal Palace in the Premier League.

On the subject of Yoksulu, who played the full game at Selhurst Park at the weekend, Goldberg had this to say on the midfield man.

He said: “Yokuslu, of course, we all recognise what an excellent footballer he is, if only we can hold on to Yokuslu, we would almost certainly build a promotion team around him.

“I think he’s such a forceful player, an excellent player.”

West Brom signed Yokuslu back in the previous January transfer window from Spanish side Celta Vigo on a loan deal until the end of the season.

Since arriving at The Hawthorns, the 27-year-old, who is currently valued at £3.6 million, has made an appearance in every one of West Brom’s Premier League fixtures since their 2-0 defeat against Tottenham Hotspur back in early February, playing 90 minutes in all of their five previous league games (per Transfermarkt).

Given how the Turkish midfielder is currently the highest-rated player currently in the West Brom squad in terms of Premier League performances with a season rating of 6.91/10 despite only making seven appearances in the league since his arrival, just proves how much of an impact he has made for the Baggies during his short time at the club.

Moving forward, if West Brom do get relegated back to the Championship at the end of this season, it will be interesting to see whether or not Yokuslu could be persuaded to stay at the club despite only being there on a loan deal at the moment.

In our opinion, Yokuslu has already shown that he has what it takes to perform at a decent standard in the Premier League so the club should try their best to keep hold of him in the summer.