Many Leeds United fans have been reacting to the latest fixture updates regarding the first team in April.

It was announced yesterday that their games between Liverpool and Manchester United have both been moved for broadcasting purposes, to Monday 19th at 8pm and Sunday 25th at 2pm respectively. Their reverse fixtures against the same opponents earlier in the season brought up some rather entertaining games as they lost 4-3 at Anfield and 6-2 at Old Trafford.

However, it wasn’t on the pitch matters that were concerning the fans when the news came through, they seemed to care more about the TV coverage changes, with some of them seeing it as something of a disaster that it will affect when they’ll be able to watch the game down the pub when or if they’re reopened by then:

@Matt_Johnson71
“Done over again”
@lufc75kb
“Still don’t get why we can’t have normal time kick-offs but have the games on red button or different channels”
@Townend1919
“First weekend game after pubs are open to outdoor drinking and Sky move the game to really enjoyable Monday night. Seriously!”
@JoelW1972
“Sky ruining games shock”
@RyanHLUFC
“Well, that just ruined the return for the supporters club to the pub for the Man U game.”
@LaLeedsunited 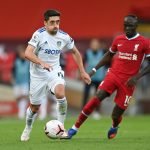 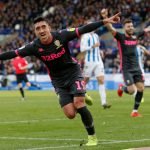 It’s hard to see how fans can get so angry at this given that this sort of thing has been going on all season, so it shouldn’t come as a real shock to them by this stage.

In other news: ‘Don’t be silly’, ‘Calm down’ – Lots of Leeds fans laugh off intriguing Dean Windass prediction