TuttoAtalanta have recently reported about De Paul’s situation, saying that the Argentine is one of the players wanted by Atalanta boss Gian Piero Gasperini. It is stated that Udinese currently value the midfielder at around €35 million (£29.9 million) and if Atalanta do sign him, he will become the Bergamo-based club’s most expensive signing in their history.

The article, though, also mentions that Leeds are ‘above all’ in the potential race and there is interest from across the Premier League and Spain.

Do Leeds still have a chance of signing De Paul? 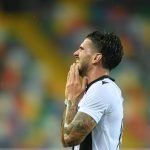 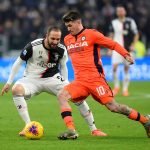 This news was relayed on Twitter by journalist James Marshment. Many Whites fans made their views clear about De Paul.

What did Leeds fans make of the news about De Paul?

“Hope once we’re mathematically safe we can do some sort of pre-agreement with him & try & do our business as early as possible. Be one hell of signing if this comes through.”

“If we got De Paul, Madueke, De Tomas and Perraud, we’d have a real go next year. All realistic targets now.”

“He’s exactly what we need to replace pablo, one of 4 maybe 5 missing pieces to the squad to build for the next level.”

The report states that the upcoming league meeting between Udinese and Atalanta could allow the chance to hold talks about De Paul. To sign him though, it is thought Atalanta would have to sacrifice one of their own players.

In the summer transfer window, Marcelo Bielsa’s side reportedly had an offer rejected by Udinese, who wanted more for their player to be sold.

“He would be unreal.”

“Be awesome if it we to happen.”

A lot of these Leeds fans are buzzing about this news and they’d like it if the club ends up signing De Paul.

The 26-year-old Argentine has done very well in the current campaign, scoring six goals and picking up five assists in 27 Serie A games. He had scored seven goals, while getting six assists in the 2019/20 league season too, which shows how active he is even though he’s a midfielder by trade (as per WhoScored).

Considering that he’s been the fifth-highest rated player in the whole league, this could be a good move for Leeds.