Lots of Leeds United fans have been talking about a news update linking their club with a move for Raul de Tomas.

A Spanish outlet have recently reported about De Tomas, stating that Leeds want to sign the striker in the upcoming summer transfer window. De Tomas currently plies his trade with Espanyol in the second division of Spanish football and the report states that apart from Leicester City and West Ham, Marcelo Bielsa’s side are also looking at the forward.

Is De Tomas a good back-up for Bamford? 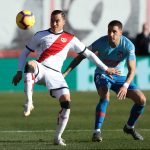 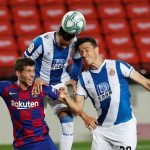 The news about De Tomas and Leeds was relayed on Twitter by James Marshment. Many Leeds fans made their views clear about the rumours.

What did Leeds fans make of the news about De Tomas?

“Nope. Next level signings only from now on Or pedigree kids for u23s We’re not mid table championship team now.”

“Never gonna sign him at that price. Not when you look at what West Ham signed Watkins for from a better league.“

“Thanks, but no thanks. We honestly need better quality than that If we’re being serious.”

The report linking De Tomas with a move to Elland Road suggests that Bielsa is currently looking for a striker who can play back-up to Patrick Bamford and the potential departure of Rodrigo Moreno could help in this sort of signing.

The 26-year-old De Tomas is a product of the Real Madrid youth academy and he has previously plied his trade with Benfica too.

“Thought we already had Spains no9? Can’t see him coming to be 3rd choice?“

A lot of these Leeds fans don’t want their club to sign De Tomas in the summer and feel that they need to sign better players.

Having said that, De Tomas has scored 16 times in La Liga 2 this season, also picking up two assists. In the 2018/19 La Liga season with Rayo Vallecano, he had scored 14 goals, which shows that he is a well experienced goalscorer who has found the net at various levels (as per Transfermarkt).

That is a good sign for the Whites and De Tomas is still only 26 and is valued at only £9 million. So this could be a good move, especially since the Spaniard would be seen as a back-up for Bamford.